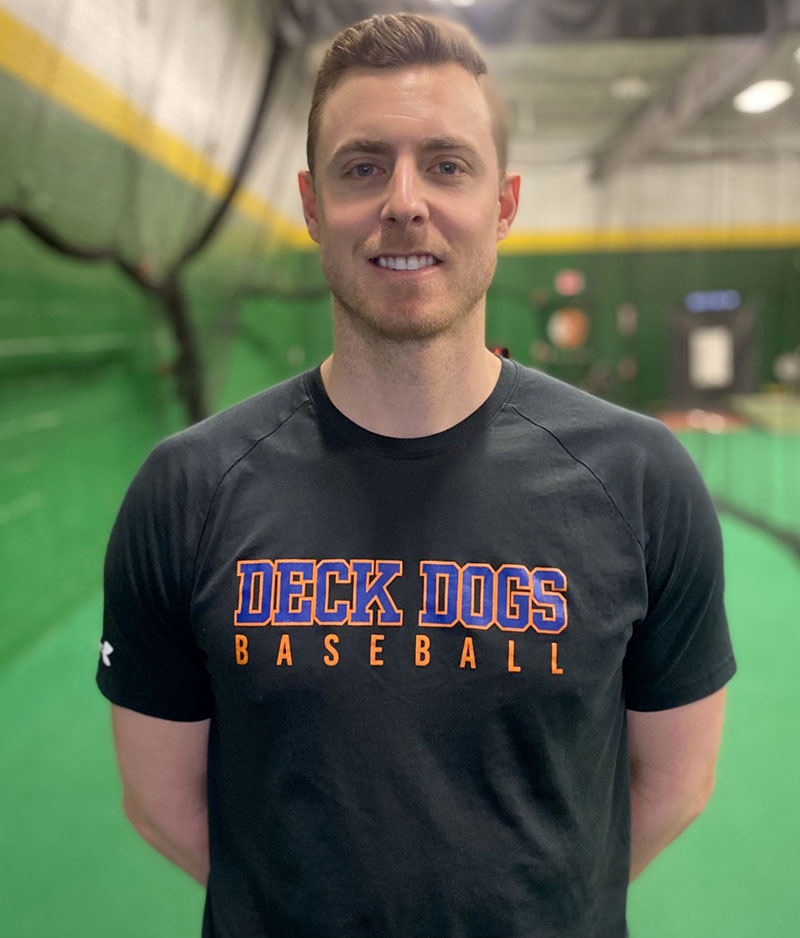 Chris attended Marple Newtown High School, where he was a First Team All-Delco and First Team All Southeastern PA selection as well as the 2010 Delaware County Cakey Dougherty Award Winner. He played 2 years at Lackawanna College where in his sophomore season compiled a record of 10-1 with a 1.80 era, 101 strikeouts while scattering 38 hits in 70 innings. At Lackawanna, he was a First Team All-Region XIX selection and elected as Region XIX’s Player of The Year. He was also a First Team All-American and NJCAA Pitcher of the week after throwing a No-Hitter against Burlington CC. He was a 3x MLB amateur draft selection by Pittsburgh Pirates in 2010 (13th Rd.), St, Louis Cardinals in 2011 (21st Rd.), and Tampa Bay Rays in 2012 (14th Rd.) He played 7 years in the Tampa Bay Rays Organization where he made it all the way to Double-A. Over that span, he compiled a record of 32-28 with a career era of 3.45 while being elected a 2x All-Star and 2x Pitcher of the week.